A grand gathering celebrating the centenary of the Communist Party of China was held at Tian'anmen Square at the heart of Beijing on Thursday.

Aircraft from the People's Liberation Army flew over Tian'anmen Square in echelons. Helicopters flew in the formation of "100," representing the 100 years of the Party. A 100-gun salute was fired. A national flag-raising ceremony was held at Tian'anmen Square. 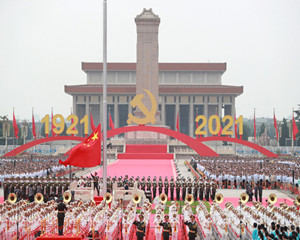 A total of 71 military aircraft flew past Tian'anmen Square. As many as 15 J-20 stealth fighter jets took part in the air parade, staging the largest-ever public display of fifth-generation combat aircraft in the world. 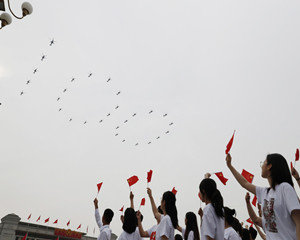 A congratulatory message jointly issued by eight other political parties, the All-China Federation of Industry and Commerce, and personages without party affiliation was read out at the ceremony.

Representatives of the Chinese Communist Youth League members and Young Pioneers saluted the Communist Party of China and expressed commitment to the Party's cause. 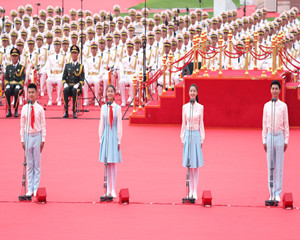