Division over the spoils

It is rare for spats about oil supply to break out between Saudi Arabia and the United Arab Emirates (UAE). The countries' views on output usually align. Traders and analysts regard them, along with Kuwait, as the core of the Organisation of the Petroleum Exporting Countries (OPEC). So eyebrows were raised in early July when Suhail Al Mazrouei, the UAE's energy minister, told reporters that OPEC's quotas were "totally unfair". A further surprise came on July 5th when meetings between the cartel and its allies (notably Russia), together known as OPEC+, were abandoned because of the row. The price of the benchmark Brent crude rose above $77 a barrel for the first time in more than two years, before dropping back below $75; that of American crude briefly hit a six-year high.

OPEC+ introduced swingeing production cuts last spring as covid-19 began to spread, the demand for fuel tanked and the oil price collapsed to below $30 per barrel. More recently the cartel has been carefully increasing supply as demand has revived and oil prices have recovered. The cancelled meeting had been convened with the goal of agreeing on further increases to output after July. At the same time the Saudis and others were also seeking to extend the current regime for assigning cuts to members' production. 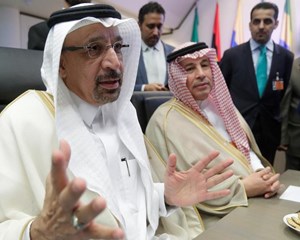 But the UAE wants the quotas, which are based on countries' oil-producing potential in October 2018, to be revised. Its supply capacity has grown by almost a fifth since then, thanks to heavy investment. A third of its production is now sitting idle—a greater share than in any other OPEC+ country.

Other members, in particular Saudi Arabia, are reluctant to see production rise too much, however. That is partly because giving way on quotas could mean that countries such as Russia startto make similar demands. But it could also reflect the Saudis' desire to avoid overproduction at a time when non-OPEC producers may expand supply, too.

The usual suspects would have been America's shale producers, who in the past have often increased output when oil prices rise. This time may be different, though. The industry is trying to change its ways, promising to keep a tight rein on oil output,restrain investment and return cash to shareholders.