BBC News. Hello, I'm Gareth Barlow.
President Biden has warned that the United States is facing a pandemic of the unvaccinated as the Delta variant of coronavirus spreads rapidly in areas where the uptake of jabs has been low. In a speech in Virginia, Mr. Biden praised the Republican governor of Alabama, Kay Ivey, who earlier said it was time to start blaming the unvaccinated for the rising infection rate. "The unvaccinated are whom we need to focus on. You'll get them to start taking the shot. It's their job to take care of themselves and us as well. We can't do that for them all. What we can do is everybody take the shot themselves. Folks are supposed to have common sense. But it's time for the start blaming the unvaccinated folks, not the regular folks. So, unvaccinated folks that are letting us down."
Surging share values have seen records on the three main US share indexes. The broad-based S&P 500 and the tech-oriented Nasdaq closed on new highs, with the Dow Jones breaking the 35,000 barrier for the first time. They were responding to a week of positive company results and sentiment that the Delta coronavirus variant won't derail the American economy.
Eleven gold medals are being contested on the first full day of action at the Tokyo Olympics. They'll be awarded in events including shooting, fencing, judo, taekwondo, and weightlifting. Meanwhile, 130 riders will be competing in the men's cycling road race in the foothills of Mount Fuji. Organizers are hoping to spark enthusiasm among the Japanese public. Mariko Oi in Tokyo says they'll be watching some of today's competitions with particular interest. Today, we'll see Rikako Ikee, a swimmer who was diagnosed with leukemia 2 years ago, having her first swim, so all eyes on that. Of course, she was diagnosed with leukemia 2 years ago. Had the games not been postponed by a year, she probably wouldn't have made it. But when she qualified this year, and there were a lot of excitement, and she managed to inspire a lot of people. Also, at this weekend, people will be watching out for the judo matches. There's a brother and sister hoping for double medals for the family. So we'll be watching for that. 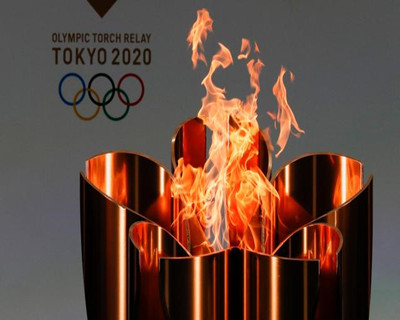 A new study suggests high levels of a certain type of cholesterol in middle age are linked to an increased risk of developing dementia a decade later. Researchers analyzed the medical records of almost 2 million adults from the UK in the largest study of its kind. Here is Dominic Hughes. The research team found a link between raised levels of a type of cholesterol called LDL, low density lipoprotein, and the development of disease. While it's described as a modest association, it is at least a risk factor that can be acted on through diet or medication. That's important when it comes to dementia and Alzheimer's. The authors acknowledge that much more research is needed.
World news from the BBC.