US Life Expectancy Saw Biggest Drop in 2020 Since World War II
The average life expectancy for people in the United States fell by one year and a half in 2020. The decrease marks the largest one-year drop since World War II, public health officials said.
Experts with the U.S. Centers for Disease Control and Prevention (CDC) released the report on life expectancy Wednesday.
The decrease was mainly caused by the COVID-19 health crisis. Health officials said the pandemic was responsible for close to 74 percent of the life expectancy decline.
Life expectancy is an estimate of the average number of years a baby born in a given year might expect to live. It is a useful method to show a country's health. The number can be influenced by long-term health issues, such as weight problems. It also can be influenced by more temporary threats like pandemics or wars — which might not affect those newborns in their lifetimes.
More than 3.3 million Americans died last year. That is far more than any other year in U.S. history. COVID-19 made up about 11 percent of those deaths.
For many years, U.S. life expectancy was rising. In 2019, the estimate was 78 years, 10 months. Last year, the CDC said, it dropped to about 77 years, 4 months. 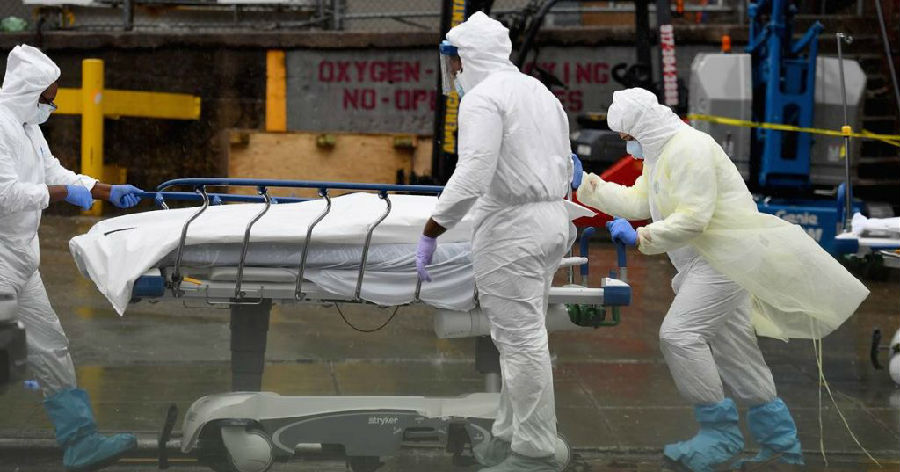 The decrease among Black Americans and Hispanic Americans was greater than the national average. The number for both populations dropped by three years.
Life expectancy among Black Americans has not fallen so much in one year since the 1930s, during the Great Depression. Black life expectancy dropped last year to 71 years and 10 months. It has not been that low since 2000.
Hispanic Americans have a longer life expectancy than white or Black Americans. Health officials only started measuring Hispanic life expectancy 15 years ago. The three-year drop measured in 2020 is the largest one-year decrease on record.
Several problems affected Black and Hispanic people in 2020 that made COVID-19 a greater risk. Experts said these included a lack of good health care and more crowded living conditions. Experts also said that these groups held a greater share of lower-paying jobs that required them to keep working as usual during the pandemic.
Elizabeth Arias was the report's lead writer. She said a rise in murders among Black Americans was a small but important reason for the drop among that population.
Other causes of the national life expectancy drop included drug abuse problems, especially among white Americans.
The sharp fall among all populations is "basically catastrophic," said Mark Hayward. He is a University of Texas professor who studies changes in U.S. death rates.
Life expectancy in 2020 fell nearly two years for men, but only about one year for women, widening an already existing difference between the sexes. The CDC reports a life expectancy of 74 years, 6 months for boys in 2020. For girls, life expectancy is 80 years, 2 months.
I'm Ashley Thompson.