What's being described as a serious crisis for Europe is our first topic today, the dispute directly involves Spain and Morocco. Spain is part of the European Union. Morocco is not. And many Africans have tried to enter Europe by going from Morocco to Spain. A little more than five years ago, a migrant crisis began in Europe.
Hundreds of thousands of people from the Middle East, southern Asia and northern Africa either entered or tried to get into Europe. Some of them took tremendous risks to do it. Many were running from terrorism and war in their home countries. Many were looking for a better life. The north African nation of Morocco and the southwestern European nation of Spain are separated by a waterway called the Strait of Gibraltar. 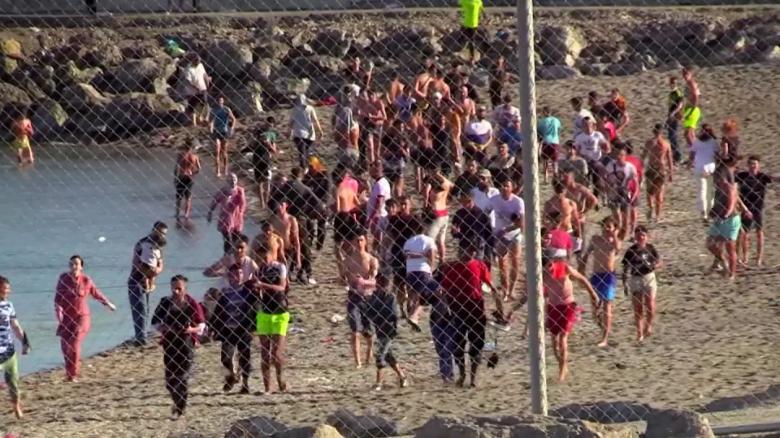 But there are cities on the Moroccan side of that strait that border Morocco but are officially part of Spain. And on Monday and Tuesday more than 8,000 people tried to illegally cross from Morocco into these Spanish cities, many by swimming. This isn't the first time this has happened. It is the first that so many crossed in such a short period of time. Why? We don't know exactly.
The tensions between Spain and Morocco did increase recently. A rebel leader who has fought Morocco's government has been treated at a Spanish hospital. That made Morocco angry and though Moroccan officials have said the surge of migrants had nothing to do with that. Some experts have suggested maybe it did. Spanish officials, meanwhile, are under pressure to deal with the illegal border crossings and prevent new ones.